its limbs lean out

The silence of winter

until May winds stir

the crowns of trees

powerless to fly on.

If I could return to your sanctuary I would bring one last offering.  Those words you loved,  that you spoke a thousand times  or wrote just once.  I would place them near, lay those tender verses down beside you.

its way through the

to a misty wild wood where my

heart lies down with yours.

and lift the veil of solitude.

you watch over my cradle,

your voice as soft as the aurora,

hair the color of a Ditch Lily

brushes against my cheek

and when I look up

my own face echoes back

My first rainbows are soaked

I am busy with life Mother,

its been so many years.

I am  filled with light,

is that so wrong? 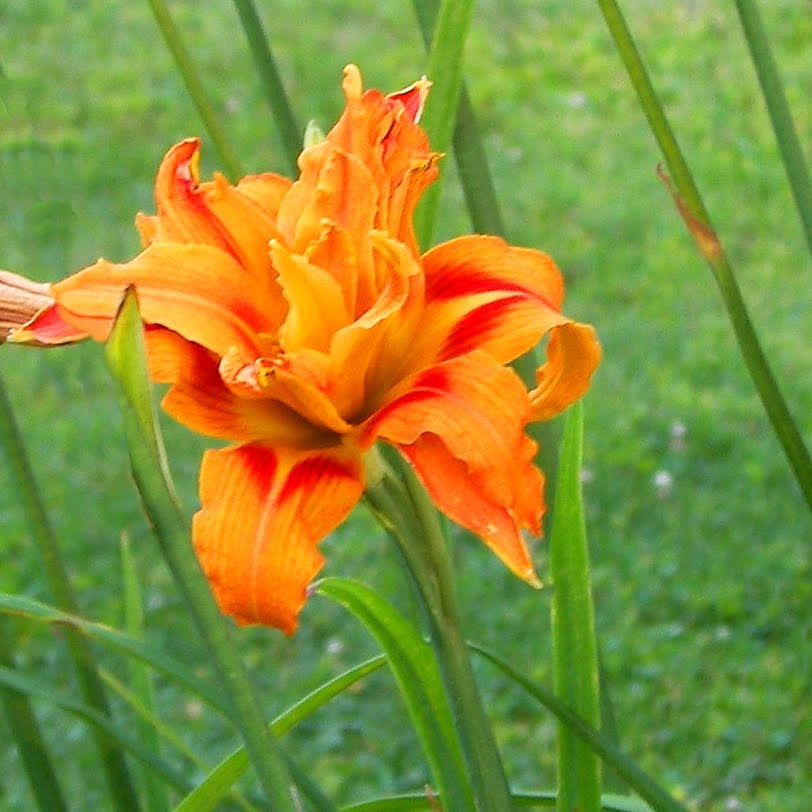 Comments are closed here, the original can be found at Dithyrambs and Ditties

Two  glasses sit before me. One breathes brandy  and a friendly pond  of water rests in the other.  After dimming the lights, I smoke a cigarette, close my eyes and meditate on the state of the world and why the Dalai Lama always smiles.

I stretch ,  caress the brandy glass and let my nostrils make first contact with the sharp scent  of the spirit,  roll the brandewijn  in my mouth.  When the burn begins pure water rinses down my disoriented tonsils. I pay mute homage to Pindar’s water is the noblest (hydor men ariston). I rest for half a stretched out minute.  Allowing another shot my tongue jumps tipsily. I let the glass of water rest.

I lower my  lids now,  communicate with the jinn in the bottle of brandy:  my sweet friend, where have you come from to dance down  my tongue and make my mind swirl like a harlequin in spring?  Of course there is no answer, I must take another sip, dip my tongue in the pond of fire, then I can hear you sing. ” Master, I grant you free three shots  before you’ll start to feel the pain of my company”.

I take my shot, followed by a gasp.  My jinn moans low and soft and snuggles up and starts to caress me and she gets wet from tears of lust. I court her with a spray of harvest colors in my voice,  red,  golden and brown, the yellow and the dark. I relax. “You  need more, I know,  and I will feed you candied pearls of life”.  I like  how you touch my mind and how the liquid shape of you melts into mine. I bathe the soft tissue of lips and gum in soothing water while all my thoughts disappear into light blue.

His mother named him Carlos, such a strange name for a Welshman. Perhaps she loved Spain.  We said goodbye  by a bed near a window  deep with winter.

Summers heavy cloak hung over fields of Goldenrod, their long limbs reaching out to mesh with spiky leaves that sheltered bundles of marmalade florets.Their invasion of the meadow met with merciless machetes that hacked through  the unwelcome invaders who hadn’t the courtesy to extend a pleasant fragrance.

The trail led to an arbor by a trickling brook. Nestled  in a stand of trees a precarious trellis  bowed heavy  with  never ending appendages that wound and wove through dense clusters of bulbous translucent nipples clinging tenaciously to their host.

The scent of peppery earth stung the nostrils and attracted white tail deer that ravaged the vines of their treasure. The old man once snaked a garden hose through the lattice to frighten them, a guise that worked only to  astonish lovers lingering at fertile ground, a sacred rendezvous.

Soon the clammy dragons of summer breathed their fiery breath and the skin of the luminous fruit burst with the sweetest nectar and they were declared  ripe and ready to harvest by a sacred secret known only to the old man and his son. Ruptured with a pestle and filtered, the grapes were processed and stored in Bell jars, sweet and crisp, underdeveloped, but heady and pleasant.

Rarely did my father materialize from his travels once I had been delivered for the summer yet somehow the harvesting  of the grapes invoked his presence like a lark at dawn.

As far as the eye can see,

dotted with chiseled teeth that jut through the verdure

vanish  over the wilted slopes fade into the horizon.

rustle in the forlorn zephyr trapping

That designate where valor lies.

Red poppies in the common droop,

overcome by the copper scent that fills the

As far as the eye and beyond.